You are here: Home1 / TECHNOLOGY

In the early 1990s, BESTechnologies scientists worked closely with Iowa State University researchers in the initial development of our grease remediation formula. Today, BESTechnologies staff scientists continue to refine and advance our biological and delivery technologies in our research laboratory at Sarasota, Florida.

BESTechnologies bacteria are proprietary blends of live vegetative and spore-forming bacteria. These bacteria begin to consume grease immediately upon introduction into drain lines, lift stations or other targeted areas. The spore-forming bacteria have the ability to hibernate, and thereby survive, under certain adverse conditions. Both varieties establish colonies in the targeted areas, and almost immediately begin multiplying, creating new biological “factories” to process grease throughout the entire length of a pipe, grease trap or sewer line.

The bacteria are 100% natural, and were selected for their compatibility with other strains in our formula and also their grease remediating ability. Unlike chemical cleansers, which do not digest grease, but simply move it and themselves downstream to municipal wastewater treatment plants, the environmentally friendly BESTechnologies process leaves behind just water and carbon dioxide. 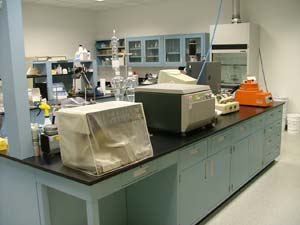 OUR PLEDGE TO OUR CLIENTS